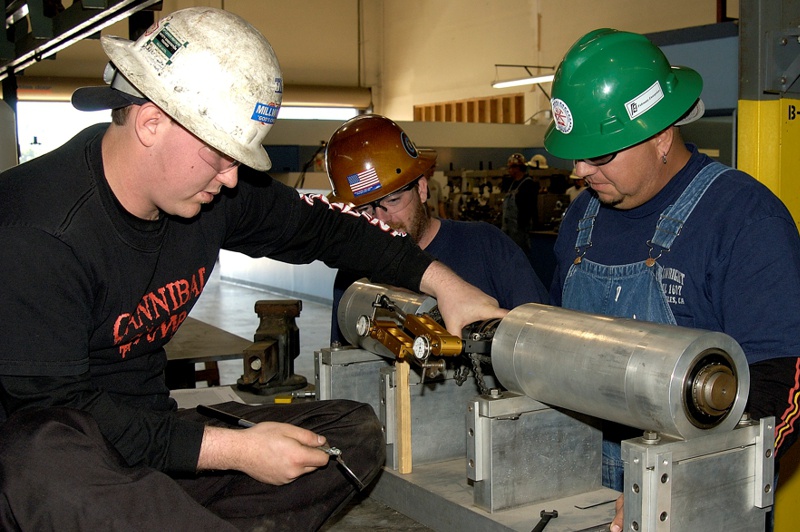 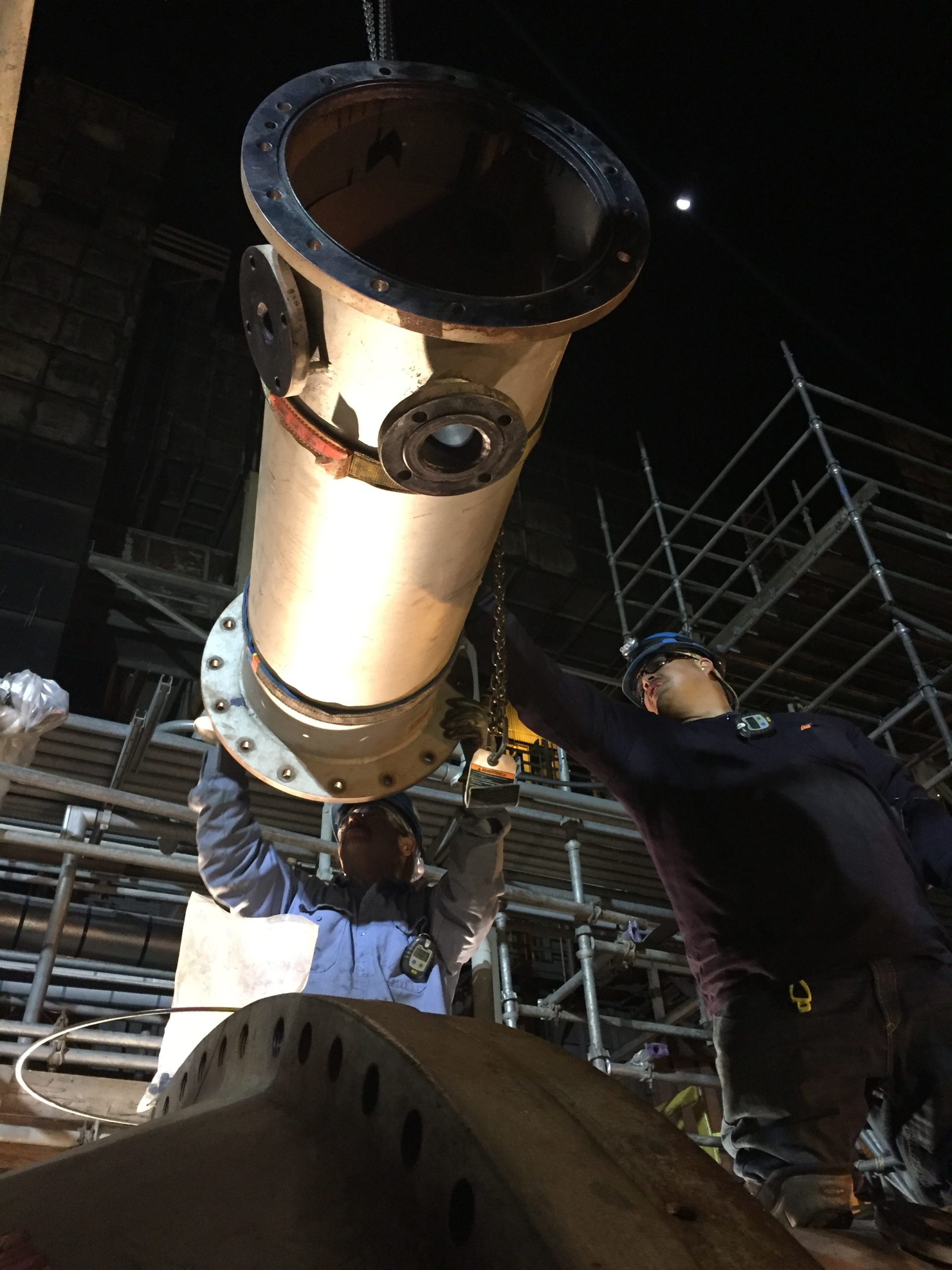 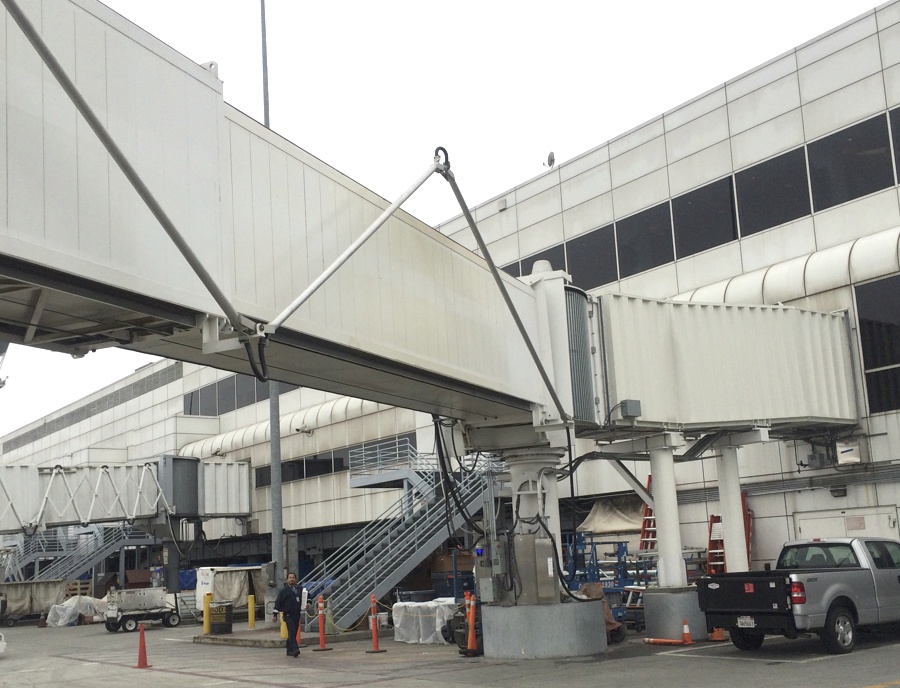 We are a Union Millwright Local that has jurisdiction in Southern California, Arizona, Colorado, Nevada, New Mexico, Utah, Wyoming, Montana Idaho, and eastern Washington. With our large area and our Millwrights being mobile, we are able to service all your contractual needs. Our Apprentices and Journeyman get trained in our state of the art training facilities throughout our region.

By using a Union Millwright we get your job done on time, every time.

If interested in becoming a Millwright go to this link:  applynow1607.com

Although “millwright ” is a common word, most people (including many in the Carpenter Brotherhood) are hard pressed, if asked, to define the term and its many uses. With that in mind, a definition taken from the Dictionary of Occupational Titles would seem to be an appropriate introduction to a discussion of the craft:

The word “millwright” has long been used to describe the man who was marked by everything ingenious and skillful. For several centuries in England and Scotland the millwright was recognized as a man with a knowledge of carpentry, blacksmithing and lathe work in addition to the fitter and erector. He was the recognized representative of mechanical arts and was looked upon as the authority in all applications of winds and water, under whatever conditions they were to be used, as a motive power for the purpose of manufacture. In other words, as the above definition would indicate, he was the area engineer, a kind of jack of all trades who was equally comfortable at the lathe, the anvil or the carpenter’s bench. Thus, the millwright of the last several centuries was an itinerant engineer and mechanic of high reputation and recognized abilities. He could handle the axe, the hammer and the plane with equal skill and precision. He could turn, bore or forge with the ease and ability of one brought up in those trades. He could set and cut in the furrows of a millstone with an accuracy equal to or superior to that of the miller himself. In most instances, the millwright was a fair arithmetician, knew something of geometry, leveling and measurements, and often possessed a very competent knowledge of practical mathematics. He could calculate the velocities, strength and power of machines; could draw in plans, construct buildings, conduits or watercources, in all the forms and under all the conditions required in his professional practice. He could build bridges, cut canals and perform a variety of work now done by civil engineers. In the early days of North America millwrights designed and constructed the mills where flour and grist were ground by water power. Water was directed over hand-constructed wooden mill wheels to turn big wooden gears and generate power. Millwrights executed every type of engineering operation in the construction of these mills. The introduction of the steam engine, and the rapidity with which it created new trades, proved a heavy blow to the distinctive position of the millwrights, by bringing into the field a new class of competitors in the form of turners, fitters, machine makers, and mechanical engineers. Although there was an extension of the demand for millwork, it nevertheless lowered the profession of the millwright, and leveled it to a great degree with that of the ordinary mechanic. It was originally the custom for the millwrights to have meetings for themselves in every shop. These meetings usually included long discussions of practical science and the principles of construction which more often than not ended in a quarrel. One benefit of these meetings was the imparting of knowledge, as young aspirants would frequently become excited by the illustrations and chalk diagrams by which each side supported their arguments.

As early as 1876, the millwrights of Toronto, Canada formed unions of their craft. After The Brotherhood of Carpenters and Joiners of America (UBC) had been formed and had chartered a local union in Toronto, these millwrights made known their desire to affiliate with the Brotherhood. In 1884, they were admitted to the local union there. The 1886 convention of the United Brotherhood was marked by the millwrights’ successful efforts in amending the General Constitution to read as follows:

“Any stair builder, millwright, planing mill bench hand, or any cabinet maker engaged in carpenter work, or any carpenter running wood working machines shall be eligible to membership if possessed of the qualifications as provide in section 1 of this article.”

Since this time, the millwrights have occupied their rightful place of recognition and leadership within the Brotherhood.